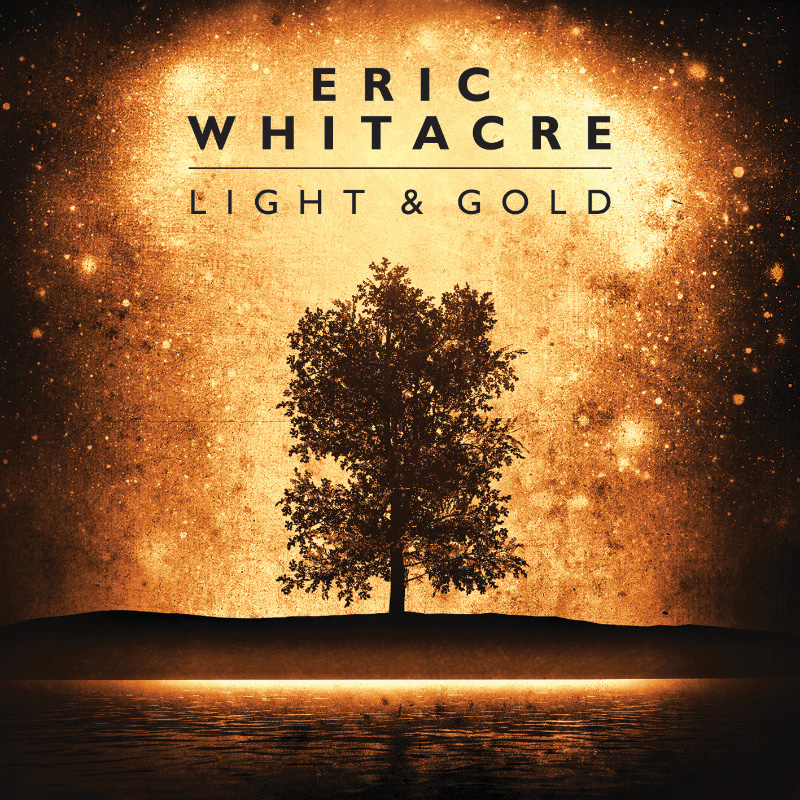 Released on Universal Decca, Light & Gold is Eric’s first album as both composer and conductor. Within a week of release, it became the no.1 Classical Album in the US and UK charts, received unanimous five star reviews and went on to win a Grammy® in 2012 for Best Choral Performance.

This disc is a revelation. A revelation as much to initiates who think they know the beautiful, often ethereal choral music of Eric Whitacre, as to the millions who know him only from the YouTube Virtual Choir video of “Lux Aurumque,” and as to those who have yet to make his acquaintance. There may be 67 CDs currently available in the U.S. that contain Whitacre’s music, including five devoted solely to his oeuvre, but Decca’s new Eric Whitacre: Light & Gold is the only one on which he conducts his own music and singers. And therein lies the difference.

Take, for example, the title track, “Lux Aurumque” (Light into Gold), and the last one, “Sleep.” Both appear on two other well-known all-Whitacre recordings: Polyphony’s 2006 release of Cloudburst (Hyperion) and the Elora Festival Singer’s 2010 release of Whitacre: Choral Music (Naxos). On neither will you hear the host of accents, volume gradations, and shadings that Whitacre and his singers lavish on the works. “Sleep” in particular sounds so prosaic and strophic-bound on the Elora disc that you may be tempted to either take the title as a command or skip to the next track. As for the ubiquitous “Lux Aurumque,” here it sounds almost as if it has been lavished with a new arrangement. In Whitacre’s hands, both works are mesmerizing.

And so it is with every track on Whitacre’s recording. Throughout the recital’s generous 73 minutes, performances are distinguished by the naïve, little girl sound of Whitacre’s chosen sopranos, the clarity of the diction, and the very personal touch of the composer. The texture is so personal, the quiet passages so intimate, and the silence so profound, it’s as if we have been invited into Whitacre’s inner sanctum. The Five Hebrew Love Songs (1996), for example — settings of poems by the extremely gifted high-flying soprano Hila Plitmann, who was then Whitacre’s girlfriend and is now his wife — come across as the true love offerings they are. And when a work written for The King’s Singers is performed by The King’s Singers, as it is on this disc, the word “definitive” has meaning.

The impact of Whitacre’s liner notes, which detail the genesis of each composition, cannot be denied. If you think his choral writing is sincere, wait until you read what he has to say about it. When Whitacre writes that a performance or experience moved him to tears, and then conducts the music he is talking about, it’s hard not to feel as though you’ve made the acquaintance of one of the more honest people on the planet.

As the election results come in, and lives, dreams, and the ecology of the planet hang in precarious balance, Whitacre’s gorgeous music seems like holy balm. I, for one, am grateful for the experience. Only someone of the magnitude and gravitas of Dr. Martin Luther King, Jr. could possibly take us to the realm of truth that Whitacre opens to us.