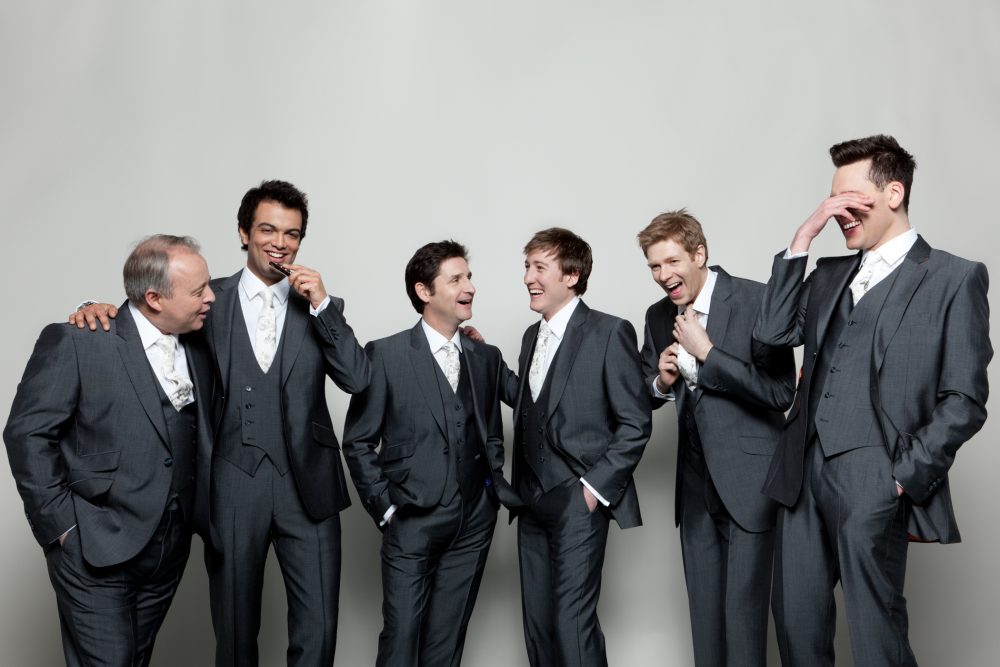 One of my very favorite groups, The King’s Singers have been performing together for over 40 years. They have several new members now and to my ears they’ve never sounded better, an intoxicating blend of intelligence and natural musicianship.

In keeping with their name, they will be performing a program called Royal Rhymes and Rounds, which they’re singing in the Windsor Festival this Wednesday 19th, and at Bridgewater Hall in Manchester next Tuesday 25th. From the notes:

To mark the Queen’s Diamond Jubilee, The King’s Singers perform music from the reigns of some of her more colourful forebears – Henry VIII, Elizabeth I and Queen Victoria. Henry was a gifted man and many musical works have been ascribed to him. Music played an important role at court in the 16th century, when musical puzzles, rounds and madrigals were popular, especially during the reign of Elizabeth I. In Victorian times, composers of part-songs found inspiration in all aspects of life, from the sublime to the ridiculous.

The King’s Singers have commissioned Paul Drayton to write an amusing musical history relating the precarious succession of this country’s monarch, from Alfred the Great onwards.

Not to be missed!