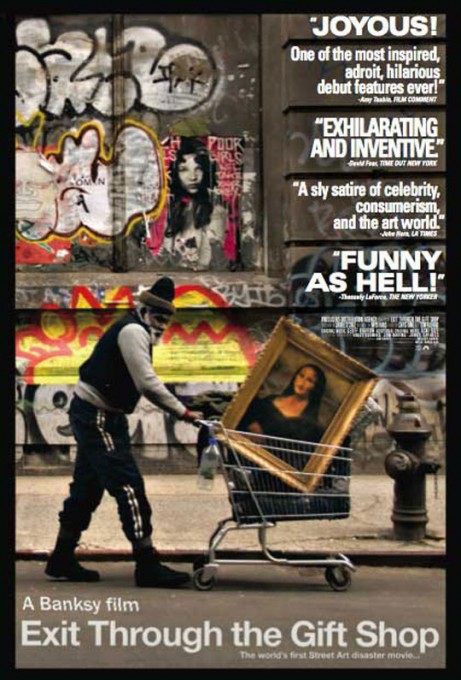 It’s rainy in New York City tonight, so Hila and I ducked into an art house cinema to see Exit Through the Gift Shop. It’s in limited release now (only L.A. and New York, I think) but you absolutely must catch this when it comes to a theater near you. Poignant, thrilling, thought-provoking and laugh-out-loud funny.

It’s directed by one of my favorite contemporary artists, Banksy. I won’t give away the plot; instead, here are a couple of his iconic graffiti pieces that I’ve actually seen in person.

I saw this one while in Israel two years ago. It’s stenciled on the wall dividing Israel from the Gaza Strip, easily seen from the highway: 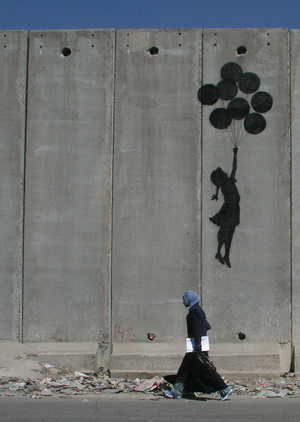 This one is in Hollywood: 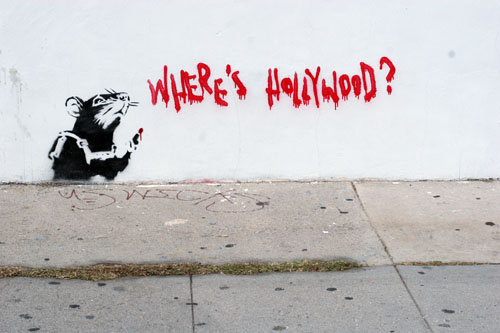 And this one is in London. I was lucky enough to see it the day after it appeared: 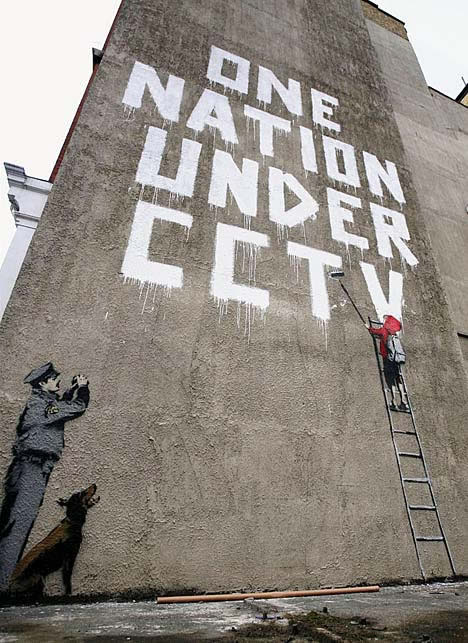